Top Ten Book Characters I'd Love to Be Besties With


Happy Top Ten Tuesday over at That Artsy Reader Girl!

Top Ten Book Characters I'd Love to Be Besties With 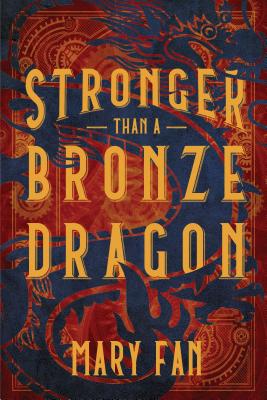 1. Meg Murry from A Wrinkle in Time

I've always related to Meg and thought we would be good friends. We could defy the unctuous principal together and go on adventures in space and mitochondria alike!

I've always admired Jo March, not to mention Louisa May Alcott, and I bet we could have some fun climbing trees and imagining worlds to conquer.

3. Emily from Emily of New Moon

Emily and Ilse always seem like they have a lot of fun clambering over the countryside and making up stories. I'd love to romp and talk with Emily.

4. Grace Delarua from The Best of All Possible Worlds

Besides being a kind, smart person, Grace has contagious laughter! When she laughs, people          around her feel good. That's a friend I want by my side!

5. Anlei from Stronger Than a Bronze Dragon

Anlei can fight off dangerous lunar spirits and demons. Plus, she's a talented gymnast and            performer. I like a friend who can protect and entertain me, plus I think we have a lot in common.

6. Blue from The Raven Boys 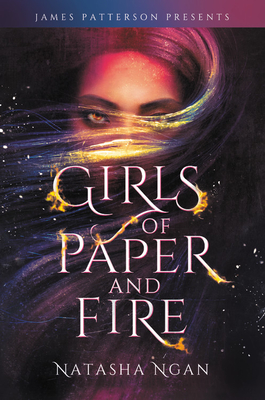 I enjoy Blue's sensibility and sense of style. I think we would have a lot in common, plus she could teach me about tarot, which I've wanted to know more about ever since I read these books.

7. Wren from Girls of Paper and Fire

Wren dances, fights, and looks forbidding in dark dresses. Plus, she has a lot of secrets. I couldn't help being attracted to her as a friend.

I want to write with Cath! I love how dedicated she is to her writing, but also how collaborative she is, and I think we could cook up something fun.

9. Amara from Children of Blood and Bone

I'd love to go to restaurants with Amara and have her describe how much she enjoys what she's eating. Amara really appreciates the finer things in life (food!) and we have some deep down commonalities that I think would make us close.

10. Ead Duryan from The Priory of the Orange Tree
Besides being a secret warrior spy, Ead is an especially loyal friend that I'd be lucky to have.

Lydia said…
You're making me so curious about reading Fangirl. Why must my TBR already be so long? LOL.

Judy Krueger said…
What a curious and almost creepy idea, to be friends with a fictional character. Would I become fictional myself? Just kidding but I am still waking up so your post was almost like a dream moment. Still, I feel I have been best friends with Jo March for most of my life.
August 13, 2019 at 11:33 AM

Space Station Mir said…
Lydia, I would definitely recommend Fangirl! TBRs are meant to be long!

Judy, sometimes I wouldn't mind being fictional. But from the amount of time I've spent with her, you're right, Jo March and I are good friends already.
August 13, 2019 at 2:11 PM

Astrid said…
Lovely list! Yes, befriending a fictional character sounds bit creepy, but then again, I love the worlds of fiction to retreat into.
August 13, 2019 at 2:27 PM

January 01, 2010
Speaking of cultures and society, I leave for Spain on January 9. Instead of continuing as a book blog with a specific goal for number of books to read in a year, Space Station Mir will become a chronicle for my adventures in Spain. Expect a post for each new place that I visit, with pictures! I also plan to continue reviewing books, however I will not make a set goal for number of books to read this year. I do pledge myself to read at least one book in Spanish that was not assigned for a class. In terms of my goals for 2009, I was not diligent enough in keeping track of them. Looking back, I've fulfilled some of them and not others. The greatest trend in my reading this year, which marks a huge deviation for me, is that I've read more non-fiction than I think I've read any other year in my life. I've finally developed the ability to sustain interest in non-fiction other than biographies. For a while, biographies were the only non-fiction I ever read, with the excep
1 comment
Read more

March 03, 2020
Happy Top Ten Tuesday over at That Artsy Reader Girl! Books with Single-Word Titles These are all my favorite books that I could think of with one-word titles. A lot of fantasy, a few nonfiction (minus subtitles) and Kindred , whether you consider it scifi or historical fiction. Also two portmanteaus using the word "bitter." I suppose it's a word that lends itself to amelioration. 1. Sweetbitter by Stephanie Danler 2. Bitterblue by Kristin Cashore 3. Fire by Kristin Cashore 4. Heartless by Marissa Meyer 5. Inheritance by Christopher Paolini 6. Meditations by Marcus Aurelius 7. Stoned by Aja Raden (has a subtitle) 8. Educated by Tara Westover 9. Fledgling by Octavia Butler 10. Kindred by Octavia Butler
1 comment
Read more

Space Station Mir
United States
@SpaceStation_M on Twitter. I'm a reader of all books, especially SFF and diverse reads. Besides reading, I like to write and spend time with my husband and our dogs (@janewayeatsbooks on Instagram).